The Most Popular Cigarette Brands 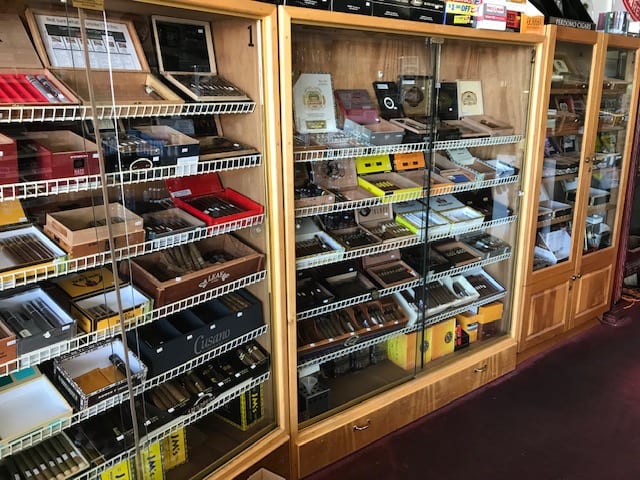 According to 2017 sales data reported by Management Science Associates, Inc. ( MSA), the seven most popular cigarette brands in the United States are Marlboro (40% market share), Newport (14%), Filtered Camel (8%), Pall Mall Box (7%), Maverick (2%), Winston (2%), and Kool (2%). As you can see by the numbers, Marlboro easily leads the pack (no pun intended) with a market share that surpasses all of the next six brands combined. In 2018, Marlboro raised its market share to 43.1% of the U.S. cigarette market, which was actually larger than the next 10 brands combined. Marlboro has been the number one cigarette brand in the U.S. since 1972.

Oddly enough, the Marlboro brand was founded in 1924 as a woman’s cigarette before changing its focus to men with rugged characters like the Marlboro Man, an icon in the advertising world. Part of the Marlboro success story has always been their ability to match market demand by offering different choices such as box, pack, long, short, regular, menthol, light, etc. Another part of their success stems from advertising.

According to the Federal Trade Commission Report for 2017, the total number of cigarettes reported sold by the major manufacturers was 229.1 billion. Advertising and promotional expenditures to make people aware of their brands totaled $8.706 billion. In other words, major cigarette manufacturers are doing all the work for you when it comes to generating interest in cigarette smoking.

In regard to tobacco distribution in North Carolina, South Carolina, and Virginia, Atlantic Dominion will do all the work in supplying you with the best selection of brands possible. We offer the largest collection of tobacco products of any tobacco distributor in the United States. With more than 400 items available from leading manufacturers such as Phillip Morris, RJ Reynolds, and ITG, as well as all of the top brands such as Marlboro, Virginia Slims, L&M, Winston, Kool, Newport, Camel, Pall Mall, American Spirit, and Maverick.

We even offer next-day delivery to our clients in Virginia, North Carolina, and South Carolina, so you can always have the largest selection without worrying about maintaining a large inventory. So, give your customers what they want. We’ll provide you with everything you need to tap into the multi-billion-dollar cigarette industry.